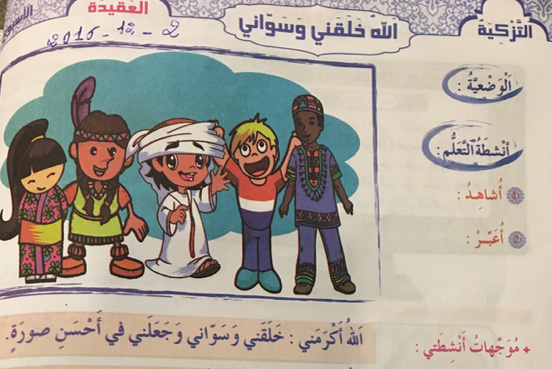 Kaylee Steck investigates the diversity of state Islam in Morocco, including the ways it manifests across the densely interconnected fields of education, politics, religious practice and religious programming. Given the breadth of these manifestations, Steck argues that Moroccans engage with official religious discourse in different ways, rendering not a uniform experience of Islam, as the state may prefer, but unique and diverse quotidian experiences alongside multiple state Islams with different discourses and iconographies. In doing so, Steck resists the notion of state religion as a coherent set of policies and institutions.

This essay highlights the diversity of encounters through which state Islam is articulated in Morocco. It frames state Islam as an arena of practice, discourse, and materiality that encompasses the densely interconnected fields of education, politics, religious practice, and religious programming. Like Christian societies, Islamic societies have historically mixed secular and religious institutions. The boundary between secular and sacred is still blurry in North African countries, where states control civil and religious law. In Morocco, the state controls these domains and monopolizes religious discourse through a diverse array of institutions. State Islam is the official and legitimate expression of Islam within a state, often tied to particular discourses and forms of national belonging. For example, many Moroccans wait to begin the holy fast until the Ministry of Endowment announces the sighting of the Ramadan moon. This means that Moroccan Muslims might begin their fast on a different day than Muslims in other countries.

Discourse production operates on multiple scales in dynamic interaction with individuals, groups, and societies at large. When considering the formation and deployment of official religious discourse, one needs to be wary of collapsing complex processes and numerous iterations into a single narrative. Nevertheless, state authorities and policy institutions have a stake in presenting state Islam as a uniform institutional entity and adept partner in the fight against religious extremism [i]. The Moroccan state became interested in fighting religious extremism in the early 2000s, following suicide bombings that targeted foreign restaurants, a hotel, and a foreign consulate in Casablanca. Prominent international news outlets circulated accounts that identified Al Qaeda or ‘radical Muslim groups’ as likely culprits. As the highest religious authority in Morocco, the king responded to these events with a commitment to teaching tolerant Islam and reforming religious institutions.

Institutional reforms coincided with the global war on terror and the mobilization of resources for countering religious extremism. State authorities and policy makers viewed educational initiatives as a promising investment due to the widespread assumption that education shapes people’s lives and decision making. Reshaping religious education required an overhaul of the existing constellation of institutions. After independence in 1956, the monarchy left Quranic schools intact and encouraged the growth of private schools for Islamic learning without much state regulation. Today, the monarchy regulates religious discourse through three main institutions: the High Council of Ulama; the Ministry of Endowment; and the Mohammedia League of Moroccan Ulama. These institutions oversee other religious bodies, including regional councils of religious scholars; mosques; traditional schools; and research centers [ii]. There are also initiatives to fight religious extremism through the introduction of tolerant messaging in religious education.

Publishing houses produce religious text books at the request of the Ministry of Education. This lesson uses an image of cultural diversity to make the messaging more compatible with discourses of pluralism and tolerance. The text above the image says, “God created me and made me equal.” What does this lesson mean to Moroccans? According to one individual, it means that Islam brings people of all backgrounds together and does not discriminate based on race or ethnicity. Another individual said it means that Muslims should accept diversity in their communities because God created diversity [iii]. The nuances of these interpretations show that individuals engage with official religious discourse in different ways, rendering unique quotidian experiences of Islam.

Interpretation is a process of meaning making by which individuals filter textual and visual information through an ensemble of values, experiences, and beliefs. This is not an arbitrary process, but it has no unifying rationality. People can arrive at their own truths within the limits of their particular situations and interpretive tools. The method of using text book lessons to inculcate youth with a single interpretation rests on a problematic assumption about the way schooling works; that “particular curricula create predictable sets of knowledge and motivation in students that reflect the intentions of their producers” [iv]. Islamic education, like other forms of religious and secular instruction, is not a direct motivator of behavior. Moroccan youth can learn about pluralism and tolerance in the classroom, but these lessons have unpredictable and ambiguous influences since belief and action are not formulated within the confines of classrooms, but in society at large, where the persistence of authoritarianism limits opportunities for exchanging and challenging ideas.

State Islam’s embeddedness in an authoritarian state makes it a poor foundation upon which to build a curriculum for pluralism and tolerance. Preachers often praise the monarchy for offering stability and security in a region riddled with violent conflict. According to a Moroccan activist, “if you attend Friday prayer, you will hear the imam of the mosque ask: ‘May you protect the One who has been appointed over your people and the land’” [v]. However, citizens cannot use religious rhetoric to challenge the status quo. Security forces recently attempted to arrest a prominent political activist who interrupted a Friday prayer sermon to criticize the imam for using religious language to promote the state’s political agenda in response to protest movements in northern Morocco. Thus, there are limits on who can use religious rhetoric and for what purpose. 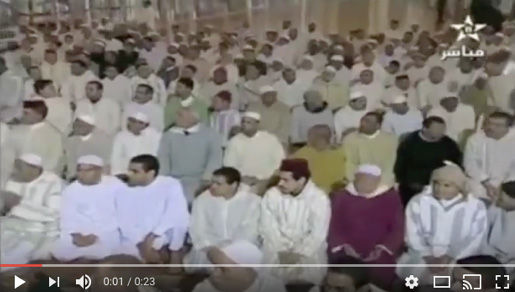 Fig. 2: Screen-grab from YouTube video showing people attending a Friday prayer sermon in Morocco. The imam describes the king as “the Commander of the Faithful” and the guarantor of a perfect society. This title reflects the monarch’s status as a sacred sovereign; the king’s hold on power rests on his dynasty’s claim of descent from the Prophet Muhammad. Thus, the king’s authority is imbricated with notions of divine legitimacy and divine blessing.

The 2011 constitution strengthened the state monopoly on religious rhetoric in the sphere of political competition by outlawing explicitly religious and Islamist parties. Morocco’s first official Islamist party, the Justice and Development Party (PJD), began participating in elections in 1997. Due to its popularity, the regime limited its activism to the religious sphere. Following palace directives in 2007, the PJD vacated the religious sphere, avoiding electioneering at mosques and removing party symbols when entering mosques to pray [vi]. Avi Spiegel argues that the monarchy’s role in the religious realm is to quash resistance and preserve the status quo through formal and informal modes of social control and selective suppression of distinct forms of activism [vii]. In this sense, ‘state Islam’ is not an inoculation against violent ideologies and could radicalize populations by pushing them out of mainstream politics and civil society. In August 2016, the king delivered a speech in which he condemned people engaging in terrorist activities: “Those who engage in terrorism, in the name of Islam, are not Muslim.” According to a representative affiliated with the Interior Ministry, at least 1,600 Moroccans have joined terrorist organizations in Iraq and Syria, making Morocco one of the countries from which the greatest number of foreign fighters has come. This points to the limits of official religious discourse within the context of ‘countering violent extremism.’ 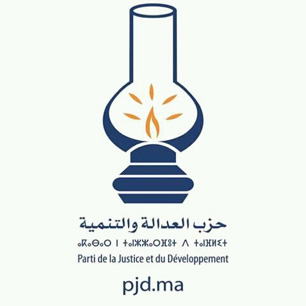 Fig 3: Image of PJD logo. The lantern symbolizes the party’s message of reform.

In June 2017, Hespress, an online Moroccan journal, published an article called “Banning Iʿtikāf in the Kingdom’s Mosques…The State continues ‘monopolizing religion’.” Iʿtikāf means to remain in a mosque, performing a particular sort of worship, especially during Ramadan. According to the article, the Ministry of Islamic Affairs Delegation for the Eastern region intends to authorize worshipers to remain in the mosque after prayer times if they submit a formal request with a copy of their national identity card. The same month, a video was posted on Youtube showing a group of Moroccans from Oujda protesting the four-year ban on iʿtikāf and calling the ban a form of hogra, which means injustice in the local dialect. Hogra is a term that protesters used during the 2011 Arab Spring protests in Morocco. Protesters called to end the system of injustice and corruption that disenfranchises citizens by restricting their ability to exercise basic rights: employment rights, housing rights, land rights, religious rights, etc. [viii]. Efforts to regulate mosque operations fall within the strategy of preventing terrorism and eradicating extremism, but these security measures impinge on the right to freely worship. On a more practical level, the iʿtikāf ban adds to the numerous administrative hurdles that already hobble people’s plans and daily activities, which might involve hanging out in mosques, resting, or just escaping the sun. This accumulation of injustice against the already disenfranchised is the work of hogra.

While producing religious text books, outlawing religious parties, and banning certain religious practices are more salient forms of state Islam, other forms are subtler. Religious programming on radio and television are examples of media that inflect the daily lives of many Moroccans. The state-owned television channel ‘2M’ displays a short sequence of images with the adhān (call to prayer) for each of the five daily prayers. Images of Morocco’s diverse natural landscapes are overlaid with the Arabic text of the adhān. The voice of the muezzin chimes with each repetition of the phrase allāhu akbar (God is great). A two-minute program might seem irrelevant or insignificant, especially without information about who is watching, for how long, or whether they connect it to a meaningful practice of prayer. Nevertheless, this example shows us that official religious iconography presents itself in quotidian contexts. 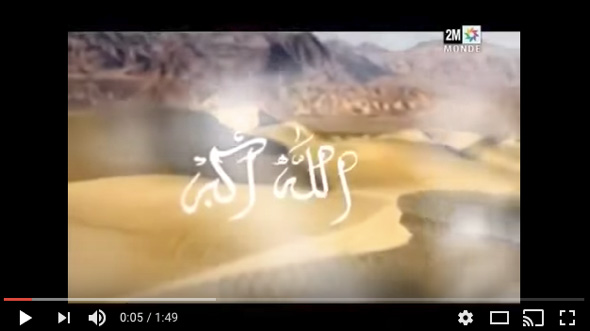 Another example of television programming that mixes the visuals of the sacred and the state is footage of the king performing Eid prayers. I spent Eid El-Fitr, the holiday that marks the end of Ramadan, the holy month of fasting, with my friends in Rabat. After enjoying a breakfast of fresh bread with olive oil and cheese, one of the family members turned on the television, making the volume barely audible. She cleared the table and started preparations for the next course against a backdrop of images – the king traveling in a motorcade to the Al-Mohammadi Mosque in Casablanca; the king performing the Eid prayer; the king greeting high ranking officers. No one except me was actually watching the royal Eid prayer (my friend was sending messages on her phone), and turning it on in the first place was more of a ceremonial gesture (like my family turns on the Macy’s Day Parade while preparing Thanksgiving dinner) than a key ritual.

In conclusion, there are multiple state Islams with different discourses and iconographies, some more subdued than others. State authorities cannot effectively control or rationalize this vast ensemble of repertoire and the many feelings it imbues. This essay highlighted the complexities of state Islam in Moroccan society by considering the reception of different forms of official religious discourse. By abandoning a uniform and unchanging understanding of state Islam, actual Moroccan experiences of state Islam come to the foreground and allow for serious examination of encounters and clashes with official discourse. Before jumping to conclusions about the role of state Islam in fighting religious extremism, policy makers should consider how Islam relates to daily life, and how close regulation and monitoring might compound existing forms of oppression and marginalization within society. They may be surprised to discover that the state does more to aid and abet extremism than suppress it. 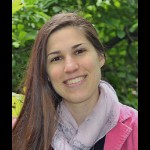 Kaylee Steck is a master's student in the Georgetown Center for Contemporary Arab Studies.