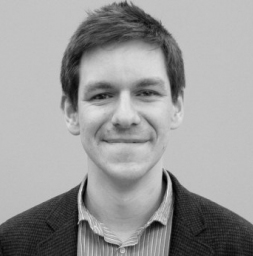 Dr. Samuel Tongue is tutor and researcher at the University of Glasgow. His publications include Between Biblical Criticism and Poetic Rewriting: Interpretative Struggles over Genesis 32:22-32 (Leiden & Boston: BRILL, 2014) and, most recently, two chapters on the Bible and epic film: “Picturing the Plagues and Parting the Waves: The Biblical Effect in Exodus: Gods and Kings,” Biblical Reception 4 (London & New York: Bloomsbury/T&T Clark, 2016) and “‘It’s not the end of the world’: Darren Aronofsky’s Noah and IMAXed Apocalyptic Animals,” in Noah as Antihero, edited by Rhonda Burnette-Bletsch and Jon Morgan (New York & London: Routledge, 2017). Samuel is also a widely published poet; his first pamphlet collection is Contours (Eyewear, 2016).

Material and Media Bibles, eco-criticism and religion, Bible and film, and biblical masculinities.